How To Take Pictures With Blurred Backgrounds [3 Secrets]

Do you want to create photos with sharp crisp subjects, and beautiful, blurry backgrounds? You can! In this post, I’ll show you how to take pictures with blurred backgrounds. By the end, you’ll be a bokeh master!

Wikipedia:  “In photography, bokeh (/ˈboʊkeɪ/ BOH-kay; Japanese: [boke]) is the aesthetic quality of the blur produced in the out-of-focus parts of an image produced by a lens. Bokeh has been defined as “the way the lens renders out-of-focus points of light”.”

The best part is, you don’t need an expensive camera. I took this photo of a shell on a rocky beach using a Nikon D5600:

Some apertures open wider than others. Aperture is expressed by f/number. The lower the f/number, the wider the aperture. Kit lenses typically open to f/3.5. While that’s not “bad”, it’s not as wide as the apertures of other lenses. An inexpensive 50mm prime lens opens to f/1.8 and creates stunning background blur!

If you’re interested in learning more about prime lenses, be sure to check out my post called, “Prime Lens Basics [An Introduction For Beginners]“.

Sony, Canon, and Nikon all make affordable 50mm prime lenses with wide apertures. If you don’t already have one, I recommend picking one up. A lens with a wide aperture is the fastest way to start taking pictures with beautiful bokeh.

Secret #2 – Put Space Between Your Subject and the Background

If you have a zoom lens, then zoom in! You might need to back up a little bit, but you’ll “compress” the background, and increase the beautiful bokeh in your pictures!

Now that you know how to take pictures with blurred backgrounds, put the 3 secrets together and create some stunning images! For practice, photograph something simple like salt and pepper shakers in your kitchen. Check it out:

If you’re really serious about photography, and want to take things to the next level, then consider getting a full-frame camera! Larger, full frame sensors add to the bokeh effect. If a full frame camera is something you want to look into, try and pick up a certified pre-owned camera body like a Canon 6D Mark II to save some money.

Here’s some full-frame cameras from Canon, Nikon, and Sony:

You don’t need a full-frame camera to practice the 3 secrets to take pictures with blurred backgrounds. In fact, all the photos in this post were taken with a cropped sensor camera. I zoomed in, made sure there was lots of space between the subjects and backgrounds, and opened the aperture all the way up. Bokeh!

Now you know how to take pictures with blurred backgrounds!

Do your pictures have blurred backgrounds or is everything in sharp focus? Let us know in the comments below!

Russell Robinson is an award winning photographer, writer, and IT professional near Seattle, WA. His photos and videos are used worldwide on many websites and blogs. 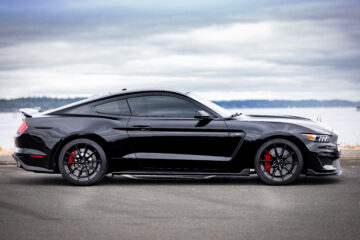 Do you need to snap a few photos of your car for an online auction site like Bring a Trailer, or Cars and Bids? In this post, you'll learn the shot list for car sales that buyers want to "see"! 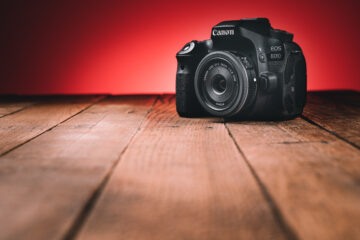 How To Make a Time-Lapse with the Canon 80D

This post shows you how to make a time-lapse with the Canon 80D with easy to follow step by step instructions, tips, and best settings. 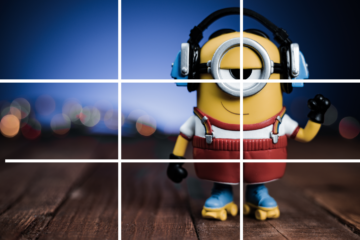 In this post, you'll learn 15 photography composition techniques you can start using today, no matter what kind of camera you have!