In this post, I review the Canon 24mm f/2.8 STM prime lens for APS-C cameras. The most noteworthy things about this little “pancake”, are that it’s Canon’s lightest, and second most affordable lens (as of this writing).

Why would you want this 24mm lens?

Ever wanted to be able to take close-up photos of small objects AND be able to take decently wide angle shots with one lens? Maybe you own a Canon DSLR camera with the kit lens it came with, and wonder what life would be like with a non-kit lens.  First of all, this EF-S 24mm f/2.8 STM prime is Canon’s lightest weight, and second most affordable lens. Also, it produces tack sharp photos and is a definite step up from kit lenses. Finally, we have a compelling answer to the age old question, “What lens should I buy?“

Canon’s EF-S 24mm f/2.8 STM, released in September 2014, is their second lowest cost lens at $129 brand new, (beaten only by the 50mm f/1.8 STM which rings in at $125), meaning this lens won’t bust your budget. It produces very nice images–definitely a step up from the “kit” lens your camera came with, which means you’ll get great value for the price. The excellent price point comes with some tradeoffs. Consequently, the lens doesn’t have “image stabilization”, and since it’s a “prime”, you’ll need to zoom with your feet.  One bonus this little lens delivers is it’s minimum focusing distance—you can get so close to your subject, it’s categorized as a macro lens!  (More on that later).  So if you’re just starting out, and the only lens you own is your 18-55mm or 18-135mm “kit” lens, the 24mm prime is a great place to start expanding your collection.

The Canon 24mm f/2.8 EFS lens is compatible with all Canon EF-S mount systems. For this review, I’ve paired the lens to my Canon 80D DSLR.  Since this lens uses the Canon’s EF-S mount, it isn’t compatible with EF mount full-frame cameras—so if you own a Canon 5D Mark IV, or 6D Mark II, you won’t be able to use this lens.  Here’s a short video from Canon describing the difference between EF and EF-S lenses:

Here is a list of compatible Canon EF-S mount cameras–linked to Wikipedia:

Some Canon lenses feel “better made” than others, depending on which materials Canon uses.  This 24mm feels somewhere in between.  Although it’s plastic, its so small, it almost feels like a hockey puc—and just as sturdy.  It doesn’t feel flimsy or “cheap” at all. In contrast, it feels nice and solid in the hand. Finally, it has a metal lens mount, which gives us reassurances of its build quality and durability.

The 125g (4.4 oz) lens looks really tiny on the Canon 80D.  It’s so small in fact, that another photographer once asked me why I was carrying my camera around with no lens attached!

The 24mm f/2.8 EFS prime can be fitted with the optional Canon ES-52 lens hood (not included) which is a screw-on type—and…don’t bother buying it.  Most lens hoods provide a modicum of protection for a lens’s main element.  The ES-52?  Not so much.  Furthermore, it features a 52mm filter thread for you to connect filters like a circular polarizer (CPL) or Neutral Density (ND) filter.

I provided some Amazon links to the lens hood and some 52mm filters so you don’t have to go hunting online for them. These aren’t the most expensive, nor the cheapest–but I personally use Gobe and Hoya filters, and can vouch for their quality.

Since this is a “prime” lens, there’s no zoom ring, but it features a manual focus ring, as well as a switch to toggle between AF/MF (auto focus, and manual focus).  Also, the focus ring doesn’t stop at a left or right end point—it spins freely, 360 degrees.  Another feature is full-time manual (FTM) focus, so you can adjust the focus ring even if the lens is in auto focus mode without fear of breaking anything.  There’s no focus distance window on this lens.  Finally, since there’s no hard stop for “infinity” focus, the autofocus system takes care of infinity for you.

The lens contains 6 optical elements in 5 groups and features 7 rounded aperture blades, allowing this lens to open up to f/2.8 at its widest point, stopping down to f/22 at its smallest.

This lens has a nice wide focal length of 24mm, making it a great lens for landscape photography. When you calculate the crop factor (lens focal length multiplied by 1.6) you’ll notice the images this lens produces are roughly equivalent to 38mm on a full-frame camera.

True macro photography lenses can focus on objects 12” or closer.   Minimum focusing range on this 24mm f/2.8 STM is 6 inches (.16 meters), and has a reproduction ratio of 1:3.7.  Canon acknowledges the fact this lens is within macro specifications by actually printing the word “macro” on the barrel!

Seeing is believing. Getting that close to small objects opens up some really cool creative possibilities! You might not want to shoot little toy turtles–but just imagine how creative you could get when shooting small things! For example, with this lens you could get a fantastic shot of a wedding ring set!

Image quality is good at f/2.8, however if you zoom in really close in your photos, you might notice some chromatic aberration around light and dark contrasting portions of your photos.  (Chromatic aberration is that green or purple color fringing at the edges of contrasting objects in your photos).  That fringing can be easily cleaned up using post production tools like Adobe Lightroom.  At f/2.8, the lens produces a small amount of vignetting as well as “soft” details in the corners of your frame.  If you stop down to f/4 you’ll notice an improvement in sharpness at the edges.  The vignetting vanishes, and the corners of your photo brightens up.  You’ll see only a slight improvement at f/5.6.  Bokeh at f/2.8 is ok, and backgrounds are decently blurred.

As previously mentioned, the focal length for this lens is 24mm. That’s decently wide–not “GoPro” fisheye view wide, but a nice, natural, comfortable wide view.  There’s only minor barrel distortion, but it’s so minimal, you probably won’t notice it in your photos. The focal length makes this lens a good choice for landscape photography.

Who is this lens for?  This Canon 24mm f/2.8 lens review is aimed at someone who owns a Canon APS-C DSLR and kit lens, but wants to try some creative options, without getting into debt buying a new lens.  What sorts of creative things can you do with this lens?  Have you ever wanted to take really close up photos of small objects?  Want to try creating photos like the ones you’ve seen in magazines where the subject is in crisp, sharp focus, but the background has that amazing, professional blur effect?  This lens can do it—and above all, it only costs about $129 bucks!  If that sounds like you, then this lens is a great starting point for you.  You’ll start to see what your camera is capable of, and it might even feel new again!

When I first got my Canon 80D, it came with the 18-135mm kit lens—it’s not a bad lens, but it doesn’t do too well in low light, and can’t produce those amazing blurry backgrounds I wanted.  I bought a 50mm f/1.8 STM which was really amazing—but sometimes, a little too “zoomed in” for me.  So I picked up a refurbished 24mm f/2.8 STM from Canon’s website.  Working with my prime lenses taught me more about aperture, framing, and depth of field than all the videos and blogs I’d read and seen.  I learned through hands-on experience the best ways to use the 50mm as well as the 24mm—and through it all, I was always impressed with the image quality I could achieve at such a low price.

So do you have a Canon DSLR like the SL2?  Maybe a T6 or T3i?  Think your camera isn’t capable of producing amazing images?  If you want to step up your photography without breaking the bank, pick up a 24mm f/2.8 STM, you won’t be disappointed.  It is the most lightweight lens in Canon’s lineup, and it happens to be the 2nd most affordable lens they offer!  They’re available in stores like Walmart and Best Buy, as well as online at places like B&H Photo, Adorama Camera, and Amazon!  I hope this Canon 24mm f/2.8 lens review helps you. Taking your photos up to a new level is within reach, and doesn’t have to cost thousands of dollars!  You can do it!

Now get out there and shoot!  And remember to have fun!!! 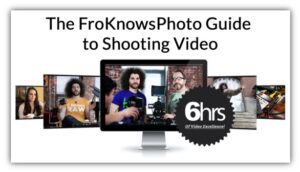 Want to learn how to shoot professional video with your DSLR? 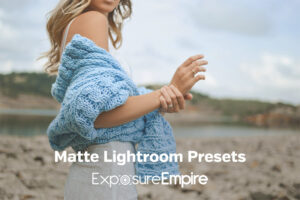